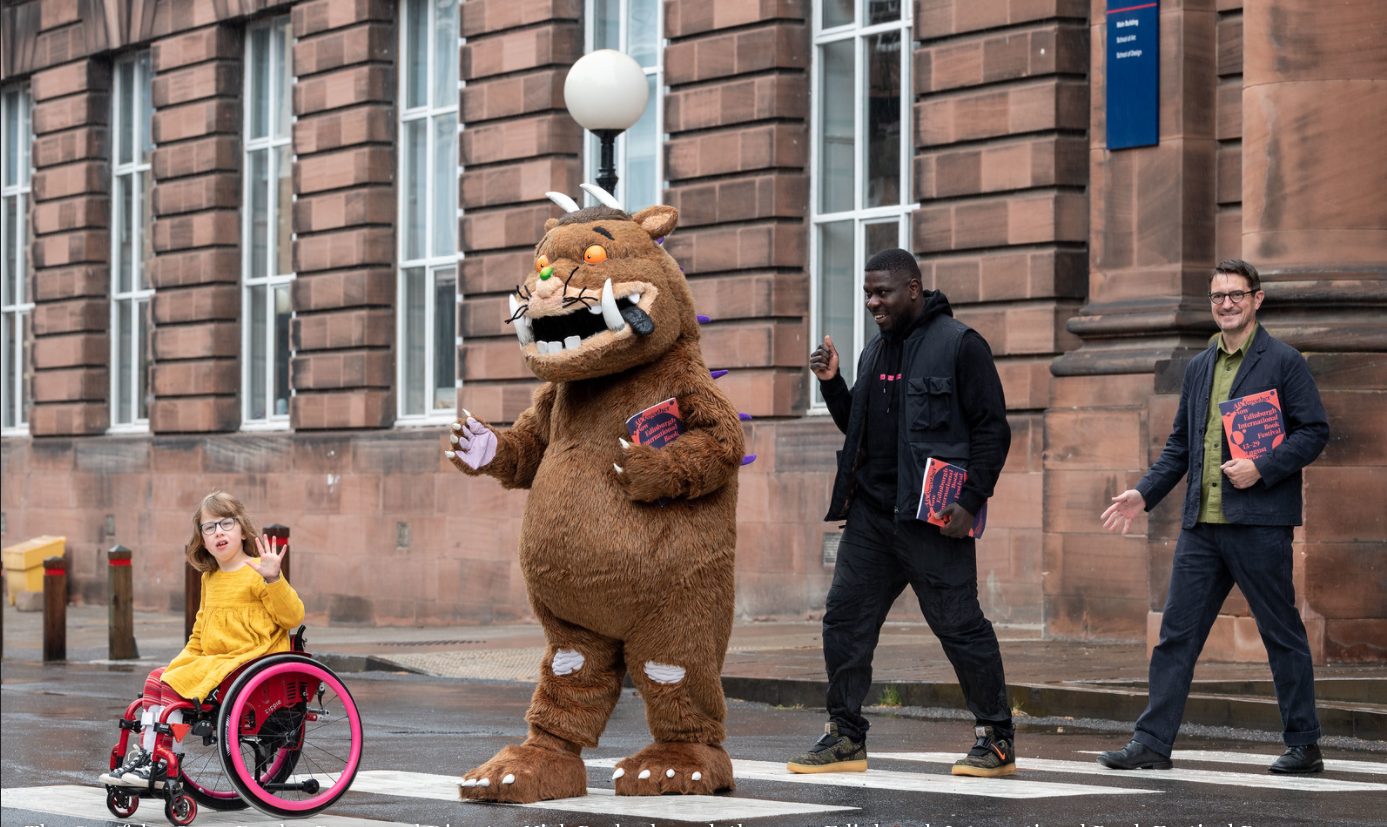 All Together Now is the rallying call from the Edinburgh International Book Festival which returns from 13 – 30 August 2022. This year’s vibrant programme builds on the hybrid format developed over the past two years, with live, in-person events, many of which are also available to stream or watch at a later date. Packed with events for adults and with a stunning programme for children and young people, the festival celebrates the imagination, issues, and ideas at the heart of books and stories, offering new perspectives on a fast-changing world.

This year the Book Festival returns to the Edinburgh College of Art (ECA) and adds new event spaces to accommodate more than 600 events featuring over 550 authors, performers, musicians and thinkers from 50 countries. Central Hall, located on Lothian Road, a five-minute walk from Edinburgh College of Art, is the biggest of these spaces and will play host to the likes of Nobel Peace Prize winner Maria Ressa and Vietnamese American poet Ocean Vuong, Outlander writer Diana Gabaldon, as well as Noam Chomsky, Alexander McCall Smith, Denise Mina, William Dalrymple and Armando Iannucci.

First Minister Nicola Sturgeon joins the Festival for two events, interviewing acclaimed novelist Louise Welsh about her new novel The Second Cut, and screen legend Brian Cox about life on the Scottish stage and his role in television hit series Succession. For younger readers, there are events with some of the world’s best known children’s authors including Jason Reynolds, Cressida Cowell, Julia Donaldson, Michael Morpurgo, and Adam Kay.

Women’s Prize for Fiction 2020 winner Maggie O’Farrell launches her hotly-anticipated novel The Marriage Portrait, a portrayal of the battle for survival by a captivating young duchess in 16th century Florence.  Also launching new books at the Festival are some of the world’s best-loved thriller writers: Val McDermid follows up last year’s bestselling 1979 with 1989, the latest in her series chronicling modern Scotland, while Irvine Welsh talks for the first time about his new crime novel The Long Knives.

The most recent winner of the Nobel Prize for Literature, Abdulrazak Gurnah, talks about his novel Afterlives. Among the other leading writers discussing their new books will be Booker Prize winners Marlon James, Damon Galgut, Howard Jacobson and Julian Barnes. Douglas Stuart is back on home soil with Young Mungo, the follow up to his Booker-winning first novel Shuggie Bain.

Anne Enright returns to the Book Festival to reflect on finding influence and inspiration in Ireland. Enright will also interview American writer Mary Gaitskill. Two more Irish writers making a welcome return to the Book Festival are Colm Tóibín – the new Irish Laureate for Fiction who was recently awarded the David Cohen Prize for a lifetime of achievement – and Small Things Like These author Claire Keegan.

Black perspectives also take centre stage in non-fiction events at this year’s Festival. Howard W French presents a revised history of modern civilisation from the point of view of Africa and its people in conversation with Olivette Otele. Two writers best known for their fiction – Tsitsi Dangarembga from Zimbabwe and Esi Edugyan from Canada – discuss their essays on race and representation. Lord Simon Woolley, founder and director of Operation Black Vote and the first Black man to lead an Oxbridge college, will talk about his own inspiring life story with Baroness Lola Young. From democracy to dictatorship, the translators and family members of imprisoned Egyptian writer and political activist Alaa Abd el-Fattah – including leading Egyptian novelist Ahdaf Soueif – will share his collection of writing and discuss the reality of living under a dictatorship.

This August the Book Festival features a range of LGBTQIA+ voices. From the continuing fight for equality, recognition, and belonging, to tender tales of love against the odds, these stories get to the heart of issues affecting the queer community across the world today. Participants include Imogen Binnie, Torrey Peters and Shola von Reinhold who join Harry Josephine Giles to talk about the evolution of trans literature, and award-winning poet and performer Joelle Taylor who inspires audiences to use personal experience and perspectives to create new forms of poetry.