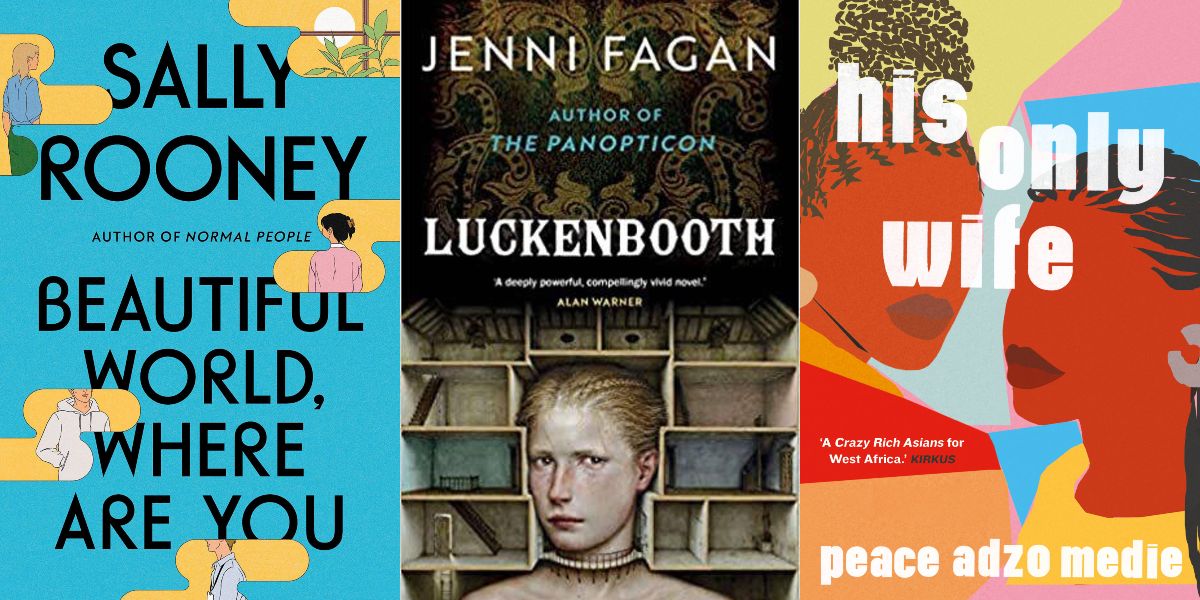 Our books writers have been busy this year – a lot of lockdown reading going on! – and produced a long list of varied titles when polled on their favourite books of the year. There wasn’t agreement on many, but here are the ones that rose to the top:

5.= Imbolo Mbue – How Beautiful We Were

“Imbolo Mbue‘s new novel is an extraordinary, epic work bundling up individual longing, loyalty and loss with corporate greed, government corruption, the rapacious legacy of colonialism and the stolid plod of capitalism… With empathy and insight, the novel depicts the murky collision between two cultures that prize entirely different things. Mbue guides the reader to a grudging recognition that while we may passionately subscribe to opposing sides in an argument, most of us fundamentally want to do right by the people we love.”

“Fagan gives the reader a window into the lives of nine decades of the inhabitants of 10 Luckenbooth Close from 1910 until the first day of the new millennium… The novel is an incredible love letter to Edinburgh. The city’s layered topography underpins everything: the depraved excesses of those with money enough to fling it around, built on the endless, thankless, cheerless labours of those who don’t… And it’s a glorious, melancholy, thoughtful, compassionate story that celebrates everyone who doesn’t feel that they fit in. Sometimes, Fagan suggests, the people who are silenced are the ones from whom we most need to hear.”

4. Peace Adzo Medie – His Only Wife

“Not your average old wives’ tale” is how the Irish Times described this debut novel about the arranged marriage of Ghanaian teenager Afi to a successful businessman, only to find he already has another woman. “[Although it] follows the structure of a romance, Peace Adzo Medie quickly and unapologetically penetrates the troubled soul of the corrupt modern-day Ghanaian society,” said Litro Magazine. “Issues … reach beyond the contemporary feminist narrative and the concept of equality.”

“When recently widowed Elizabeth comes to Edinburgh to live with her late husband’s eccentric Aunt Clementina she quickly becomes fascinated by the beautiful newly located Botanic Gardens which border her new home… Sheridan creates a perfect blend of characters… This wonderful dip into life in historical Edinburgh is both enlightening and entertaining and by using historically documented characters and places is sure to delight readers interested in both history and botany.”

“London in 1782 is for one section of female society a seemingly endless parade of social engagements in the finest gowns with just one aim – to find a husband. The London in 1782 for another section of society is one of debauchery and servitude with just one aim – to find a keeper… The twists and turns just keep on coming in this beautifully descriptive yet completely unapologetic novel… Daughters of Night has everything a historical crime thriller needs – intrigue, attention to detail, suspense, colourful characters and heroines a plenty. A triumph in its field.”

1. Sally Rooney – Beautiful World, Where Are You

“Beautiful World, Where Are You is everything Sally Rooney always does so brilliantly: absorbing, sometimes abrasive characters; unconventional romance; and beautiful, thoughtful prose,” said The Skinny about Normal People author Rooney’s third novel, while the Scotsman was less convinced: “While this feels like the best written of Rooney’s novels, firmly establishing the talent behind her precipitous rise to fame, there are weaknesses… She is skilled in capturing romantic dialogue and tension, but it’s starting to feel all a bit familiar.” Either way, it was the clear winner in our poll of the year.