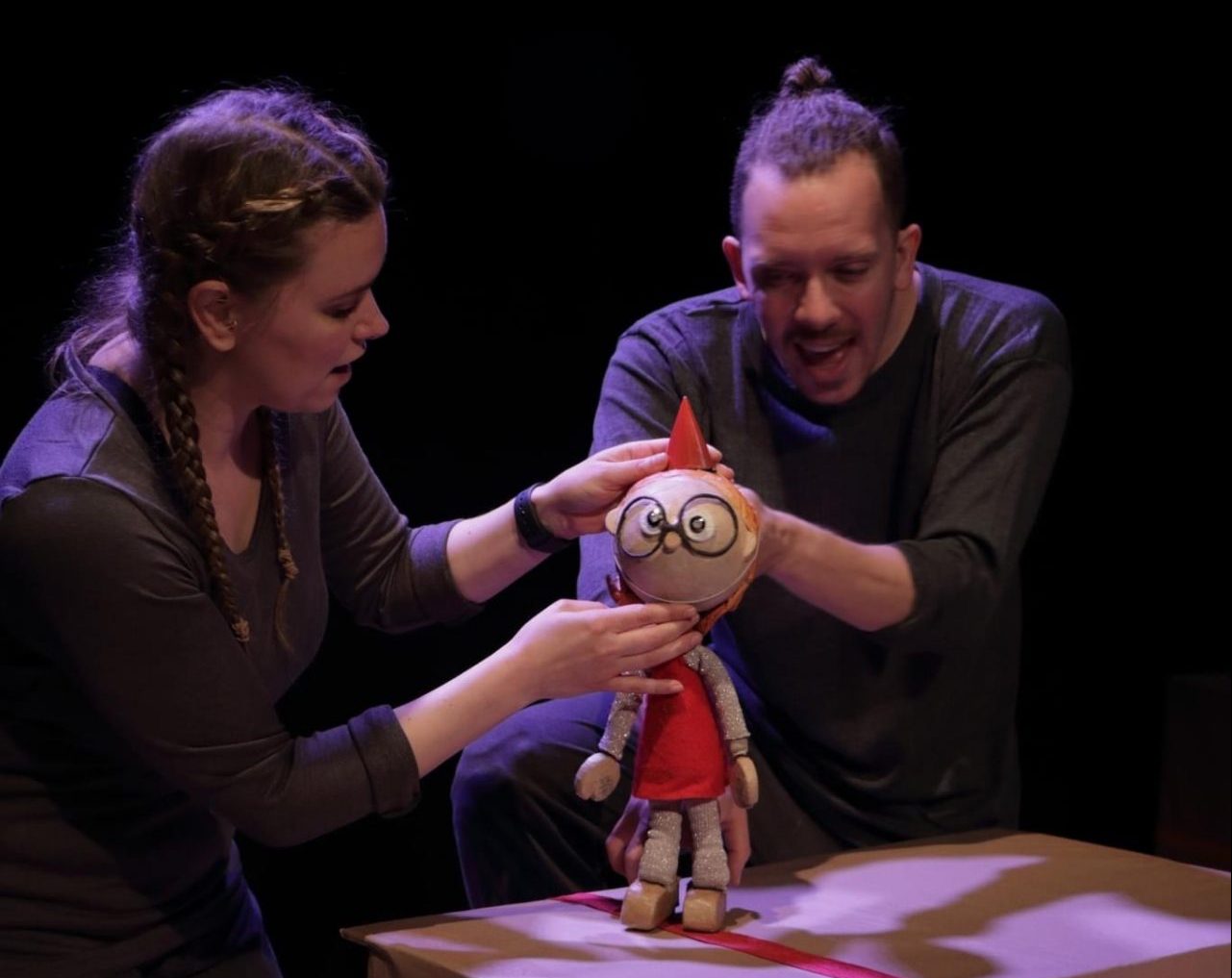 A Ladder To The Stars

There are some Fringe shows which feel special the moment you walk into them and this is one of them. Twinkly starlight music, the calming presence of performers Nicholas Halliwell and Amy McGregor welcoming little ones and a stage full of big, bow-tied parcels that promise endless wonder – this is the way to cast a spell on kids. The spell remains unbroken.

A Ladder To The Stars is a puppet-storytelling adaptation of the book by Edinburgh author, Simon Puttock. On her 7th birthday, a wee girl, Olive, wishes that she could dance with the stars, but every plan she hatches to reach them is foiled. It takes a tiny, magic seed, planted in a dusty corner of her garden to help the dream come true. But by the time that seed has grown into a tree to scrape the sky and the stars are ready to dance, a century has passed. Little Olive is now little old lady Olive. Is she still ready to dance?

Adults will tune in to some deep, emotional themes here – hopes and dreams; the ageing process; life, death and the hereafter. A seed of that will be placed in little minds too, but mostly they’ll be filled with the simple magic of it all. Halliwell and McGregor pluck props seemingly at will from the parcels around the stage, allowing them to tell the story in the sweetest of ways. The Olive puppets are traditional, yet cartoony and characterful. Both performers take it in turns to voice and manipulate them, but so convincingly you’re too absorbed to notice the switch.

A revolving central platform allows them to create little tableaux on which to tell Olive’s story. There’s some really cute touches, like the little balloon she sends up to the sky with her wish, and impressive attention to detail – three tiny sets have been created purely for momentary illustration of locations around the world. When the pair open a trap door in the middle of the platform, a beam of light shoots out. It’s another realm of wonder from which they can conjure up new worlds. The soundscape is seamless and inobtrusive, but if you do tune in, you realise how effectively it is contributing to the atmosphere.

There isn’t a moment of this where the kids aren’t enthralled. There’s giggles at the silly bits and gawping at the magical moments. Halliwell and McGregor are wonderful children’s storytellers. Originally co-produced with Aberdeen Performing Arts in 2015, this new staging is Scottish theatre company Visible Fictions’ first Fringe venture and is a lovely thing indeed.