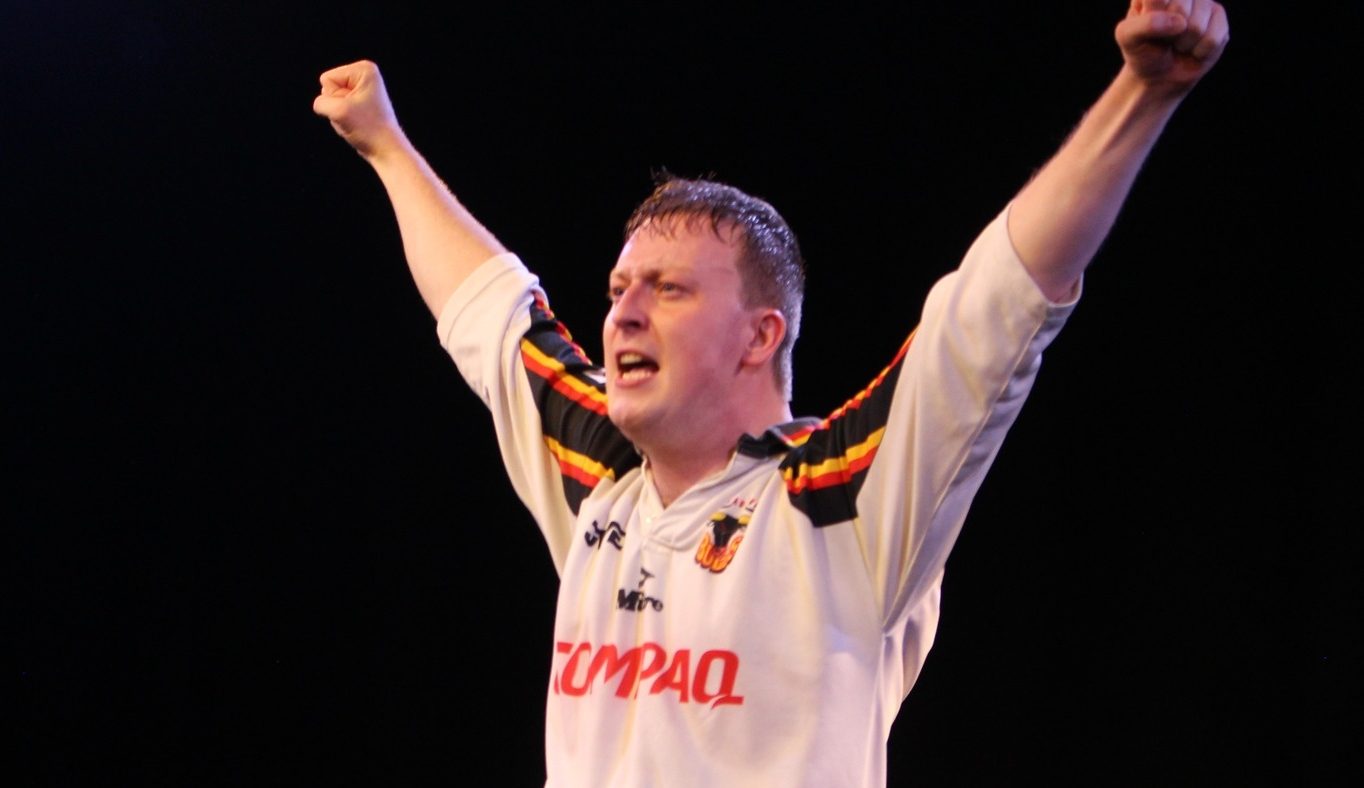 A Mighty Fall From Grace

The true-to-lifeness of many scenes is what really sticks

The Fringe has its Big Four and once upon a time so did Rugby League – Wigan, St Helens, Leeds… and Bradford Bulls. Between them, they won every Grand Final in the Super League era, until, in the early part of the last decade, one went dramatically off the rails, collapsed in financial chaos and had to restart from the bottom up. In Scottish terms, think Rangers, only a Rangers that didn’t make it back up the tree and instead ended up ground-sharing with Dumbarton. “If this was a football club or a basketball team in America, they’d be making a film about it,” we are told. But this is Bradford and it’s a rugby league team so it’s down to writer-performer Jake Thompson to tell the sorry tale in this heartfelt one-man show, which conveys how entwined a club’s sporting success can become with the mental wellbeing of its fans.

We start with pinnacle Bulls – the night they become World Champions. Our young protagonist has hit a peak too – he’s working hard, earning well and with a girlfriend he’s finally convinced to come to the match, on this, the night to beat all nights. From here, we will soon learn, the only way is down. As the club’s fortunes unravel, so do this young man’s. Are we to suppose this is coincidence, or, as the lad himself thinks, is there something else going on?

The premise is well-chosen. A good salary (in this case, as a TomTom salesman, giving a nice nostalgia impact), a pretty girl and a sports club that roots you to a place – these are the things a happy life can be built around for many a kid. Start pulling the rug out from any one of them and things can get messy quick. It’s also observationally true to its setting. Our boy’s dad complaining about “one of them” (restaurateur Omar Khan) taking over the club might not be the most original line, but it’s absolutely what would happen. As is berating your dad for his racism, but then unselfconsciously using the word ‘spazz’ to describe a mate. Bradford is not known for linguistic delicacy.

The nature of our hero’s mental health difficulties turns out to be quite specific and Thompson is at pains to spell out exactly what is happening, even when it might be better to let us join the dots ourselves. In making it that specific, it also comes across as an awareness-raising, even educational piece about a particular mental health diagnosis. It is a shame to limit its scope in this way. His is a life often lived in the provincial towns and cities of Britain, yet it’s a way of life people remain incurious to. A broader, less targeted piece about the links between a club’s fortunes and its fans’ inner lives could actually have hit harder.

The true-to-lifeness of many scenes is what really sticks. There’s a sweet infatuation sequence, Thompson gawping gormlessly with his eyes on stalks at the girl who’s caught his fancy. The segments where he mimes along to commentary do well to capture the rollercoaster of terrace emotions. And I myself was downing Jägermeisters in a Bradford nightclub the night the Bulls won the World Club Challenge, so the scene with that spot-on piece of period accuracy gave a Proustian rush I was unprepared for.

While the niche subject matter may narrow its audience, A Mighty Fall From Grace is a scoring debut for Thompson. Touchdown in the corner, just would have been nice to see him pop it over the sticks too.