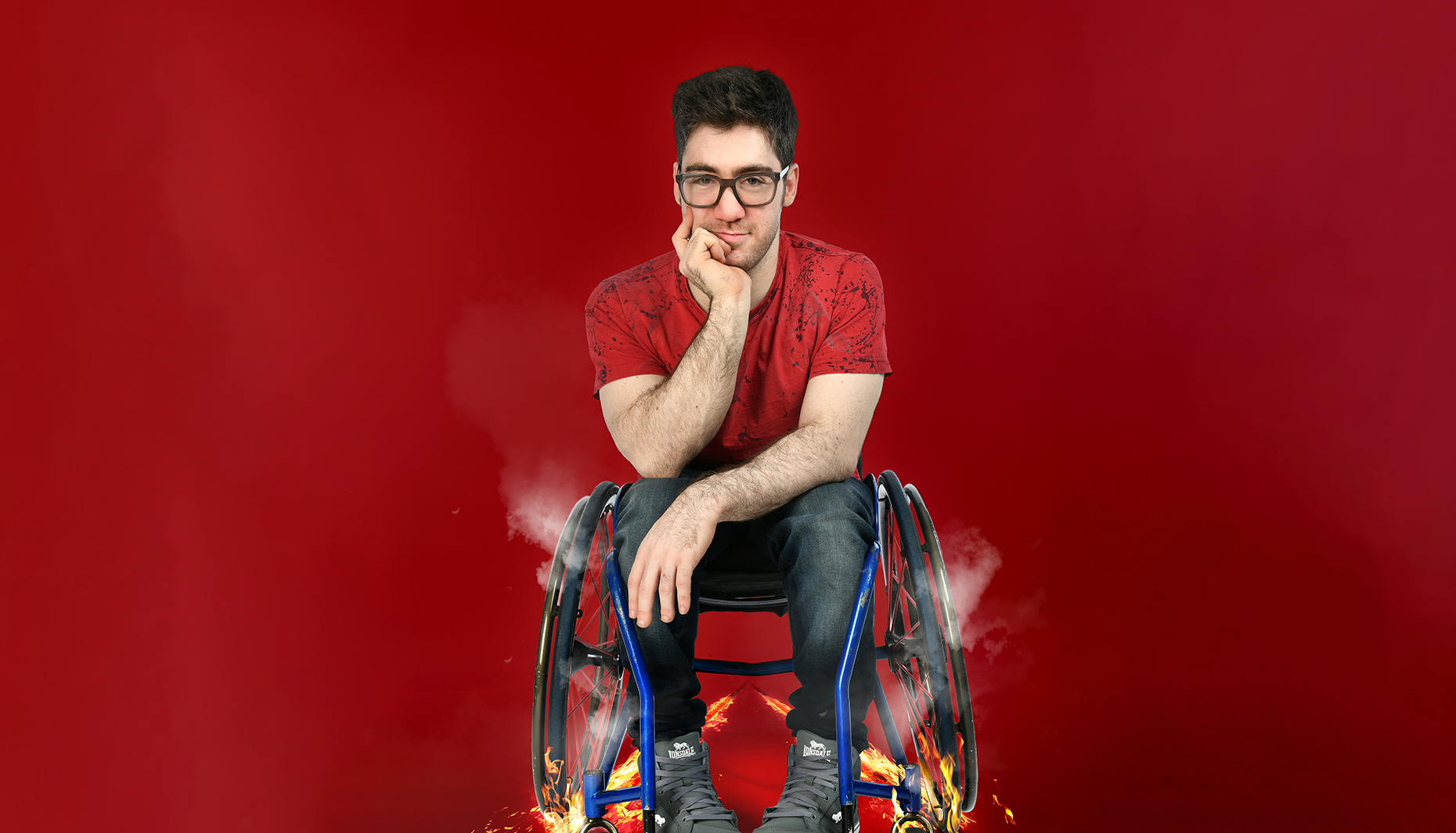 A great hour of comedy from award winning comedian

Wild experiences, some so absurd you couldn’t make them up

Hot Wheels is the nickname Aaron Simmonds was given after a one night stand couldn’t remember his name when saving his number on her phone. The comedian, who has cerebral palsy and uses a wheelchair, sees it as a pretty cool nickname. He’s had worse. And we learn just how cruel people can be when we find out what the inventor of the ‘Hot Wheels’ moniker is called for by her workmates after her night with Simmonds. The audience gasps and laughs in horror.

In Hot Wheels Simmonds takes us through some wild experiences, some so absurd you couldn’t make them up. Getting tickets to the London 2012 Paralympics goalball final but having to miss out and see his brother take his place leads to a story that is so well delivered, building layer upon layer of farce until the audience is shaking with laughter. Simmonds is a natural storyteller and the audience are rapt. We also hear about sexual encounters in public toilets, being ‘healed’ by a drunken Jesus and being diagnosed with CP by his GP, Dr Pepper. There never seems to be a dull moment when Simmonds is around and he’s delighted that weird things keep happening, so he gets to use them as material.

The show is interrupted a few times by latecomers but Simmonds takes it in his stride. He’s engaging and witty, with very few punchlines failing to land. By the end of the show he’s on his feet and hopes to challenge the binary thinking around CP. For everyone with the condition, there’s a spectrum of experiences and we shouldn’t be placing everyone into boxes based on preconceptions. It’s a warm note to end on and the audience exits the bunker into the summer sunshine feeling fully entertained by an hour in Simmonds’ company.