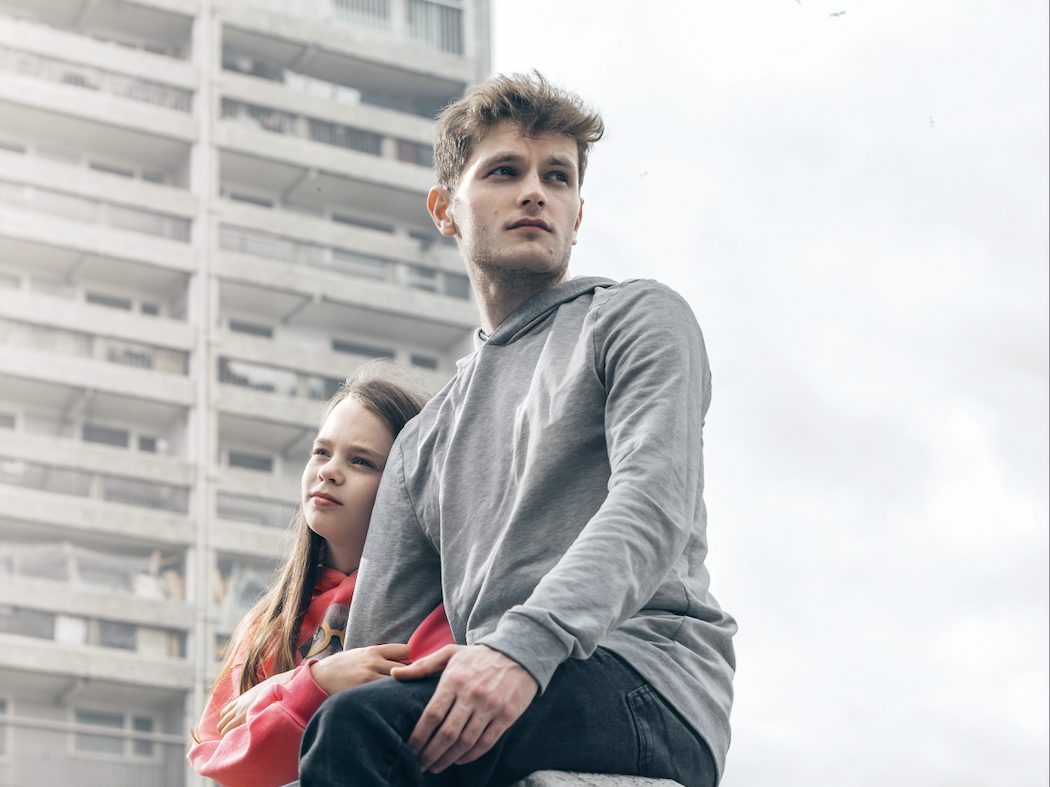 The heartbreaking story is beautifully told

Shaun is a full-time carer for Sophie who’s 8. But at 18, he’s barely finished being a child himself. Ekeing out a precarious existence on a minimum wage at fast food joint, Tasty’s, his best efforts to cope go awry when his entrepreneurial mate, Eddie, is left in charge of Sophie.

Eliza Gearty’s taut script is drawn from interviews with kinship carers. We don’t find out why Shaun and Sophie’s parents aren’t willing – or able – to look after their kids. But About Money evokes Shaun’s lack of choices – his reliance on his verging-on-exploitative manager at Tasty’s, his desperation to provide something like stability for his sister and the constant menacing grind of not having enough money to eat and to provide for the essentials in life. Paracetamol may be ‘only’ 98p but it’s 98p that Shaun doesn’t have.

Michael McCardie is perfectly pitched as Shaun. A young guy who just wants to get on with being a young guy but is all too painfully aware of the precariousness of his circumstances. His mate Eddie (Matthew Boyle) is just the right mix of almost endearing, gung-ho idiocy. The wistfulness on McCardie’s face as Eddie talks of his pending place at college will clutch at your heart. Tasty’s co-worker Hannah (Isabelle de Rosa) brings a lovely insouciance to her campaign for worker’s rights. And Rohit Kumar drips supercilious condescension as the dispassionate branch manager. Undoubted star of the show however is Lois Hagerty as the cheeky child who just wants enough to eat and enough love.

The heartbreaking story is beautifully told thanks to pointed, unsentimental direction from Alex Kampfner and a brooding soundscape (Duncan Gallagher).  In the name of full disclosure, a fire alarm interrupted the performance so this reviewer missed the final seven minutes of the performance. (If you catch the ending, I’d like a blow by blow account.) But as the cost of living crisis beckons, this timely production explores the heartbreaking decisions forced on people when they can’t make ends meet.