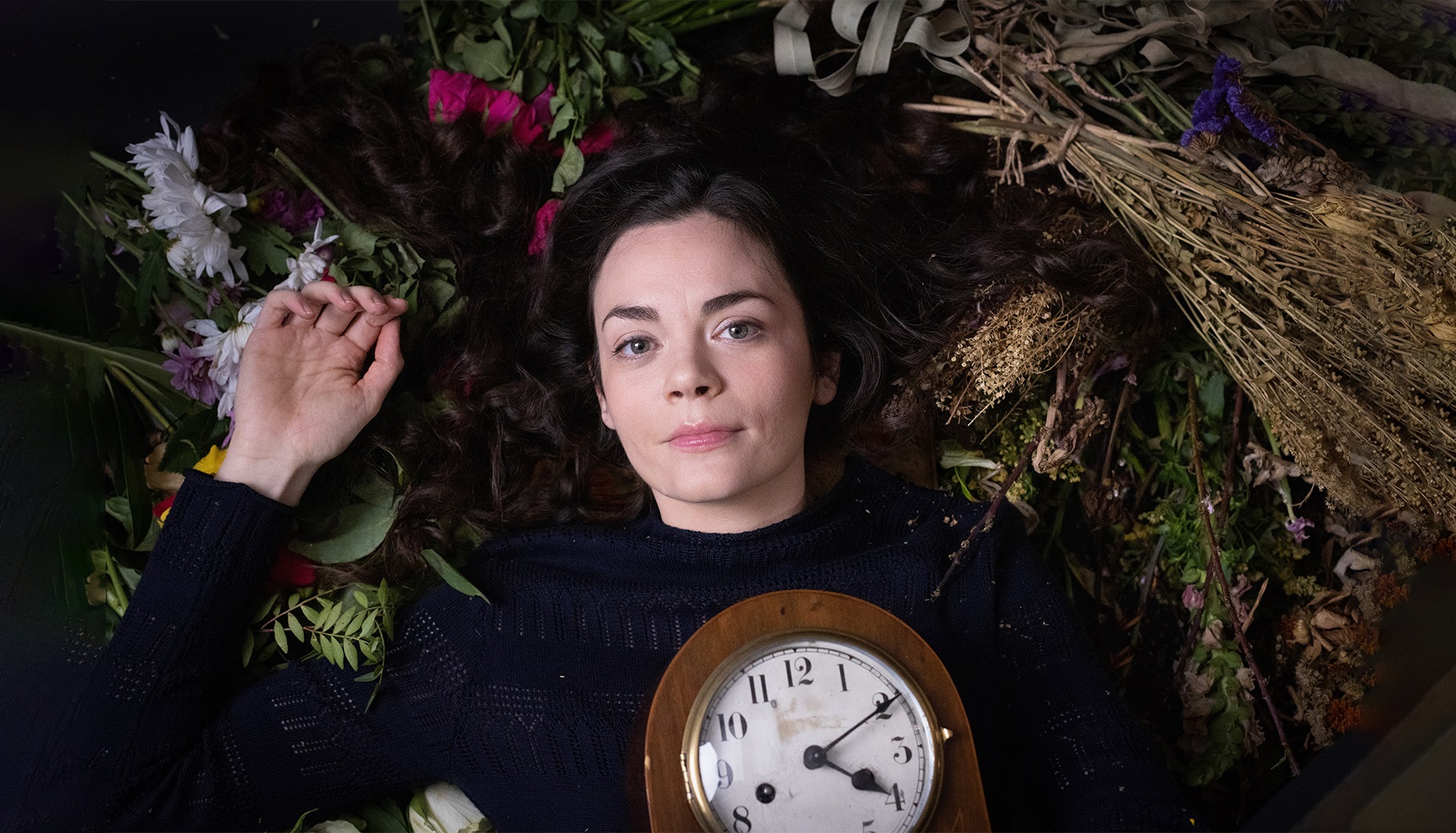 Age Is A Feeling

Bracing blast of melancholy from writer and actor, Haley McGee

The set is uncluttered and elegant. Everything is there for a reason, practical and symbolic. It’s all used, and it looks beautiful. A white lifeguard chair – to save us from life? It’s surrounded by twelve tall, plastic, flowers that represent a graveyard, so maybe not. On the twelve flowers are twelve postcards, with twelve words that represent twelve stories, only half of which we will hear in the show. Because not only are we inevitably heading to the grave, we will never know everything about anyone, even ourselves. Writer and actor, Haley McGee, tells us this with great empathic kindness and with a harsh, deadpan humour.

The show continually alternates between kicks to the gut and belly laughs. It’s like a poem, with some phrases repeating: ‘Age is a feeling, you feel it,’ ‘And you will… for a while,’ ‘You will work, hard.’

It’s always ‘you’. The story is about us, from the day we turn twenty-five, until… you’ll have to find out for yourself. Even though the story is very specifically about a woman, who has a very detailed set of experiences, the story is so forcefully delivered that it does feel as if we’re being told our future. And much of what happens to ‘you’ is going to happen to us all. Some things are unavoidable. Every time ‘your’ body ages McGee taps a metal cup making a sound like a bell in an ominous (and funny) ‘ask not for whom the bell tolls, it tolls for thee’ style.

At three points in the show two people are asked to pick two cards, and we’re given a hint of the unpicked stories. One of the stories is so upsetting I have to choke back the kind of embarrassing sobs that would have been as disruptive as a mobile phone. But, somehow, facing bleakness is life-affirming. No matter how bad something is, it will end. Because that’s how all our stories end.