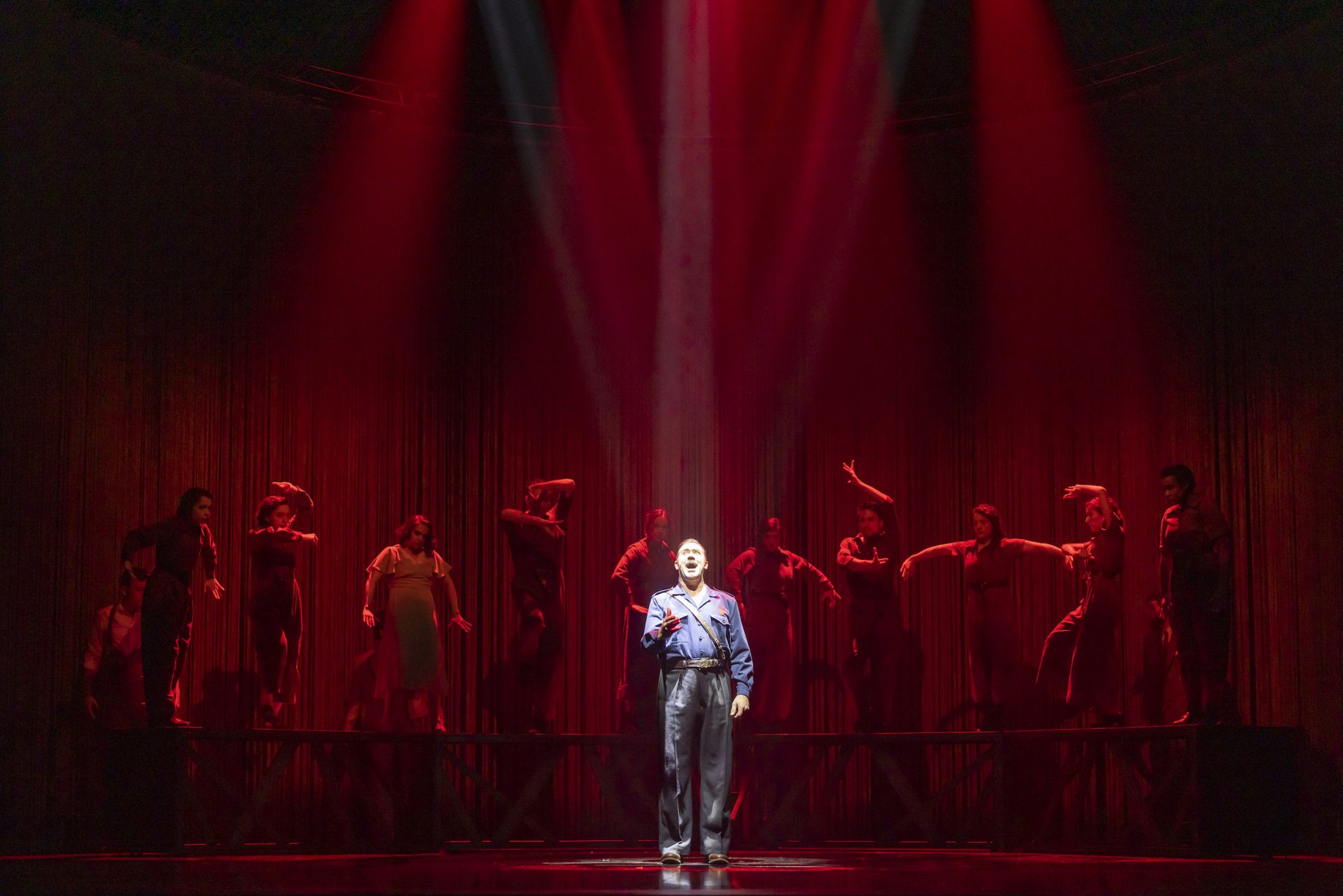 A visually and musically arresting experience

Named after the site in Granada where Federico García Lorca was executed, Ainadamar offers a passing yet impactful look into the final months of the writer’s life. In a series of flashbacks, the opera portrays Lorca’s impact on his muse – actress and teacher Margarita Xirgu – in life and in death.

Translated into Spanish by Golijov, David Henry Hwang’s poetic libretto is beautiful in its simplicity. The repeated refrain sung by the ensemble – taken from Lorca’s play Mariana Pineda, the performance of which establishes Lorca and Xirgu’s relationship – is a wonderful nod to the late writer’s lyrical talent, also showing how his own words resonate with his untimely death. The layering of vocals alongside Xirgu’s prolonged laments emanate Ainadamar‘s inspiration and emotional depth.

Adding to this richness is the infusion of flamenco into the narrative and score. The incorporation of dancers Julia Fernandez, Josie Sinnadurai, Juan Pedro Delgado, and Aitor Hernandez adds a powerful and fervent edge to the narrative. What is more, Flamenco singer Alfredo Tejada’s commanding performance as the Falangist officer is breathtakingly potent.

What makes this production of Ainadamar a true cultural spectacle, though, is Jon Bausor’s incredible set design. The fringe curtain that often surrounds the performers resembles a flamenco mantón, and later the titular “fountain of tears” shed by Xirgu and the people of Granada after Lorca’s passing. Additionally, the planks of wood representing rubble and barricades – signalling the start of the Spanish Civil War – becomes an unexpected platform for the performers to climb around and perform on. In a genre that can at times feel overly static, Deborah Colker and Antonio Najarro’s choreography fills this opera with vibrant movement.

As for the performances, soprano Lauren Fagan deftly portrays Xirgu and the profound impact Lorca had on her. The enduring pain and regret that resonates in her performance – especially in the deeper notes – is all consuming. The weight of her grief is excellently counterbalanced by mezzo-soprano Samantha Hankey’s light, charming, and hopeful portrayal of Lorca prior to his death. As in Lorca’s dramas, women play an integral role within this production – and the ensemble who accompany Xirgu on her story help bring her memories and emotions to life.

The only disappointment tonight is the acoustics in the Festival Theatre. Despite their best efforts, the performers are often competing with the orchestra, and the principal cast drown each other out whenever their verses overlap. It is not clear whether this is a technical issue on Scottish Opera’s part or the theatre’s side, however the muted vocals means that the performances don’t have the power one might expect.

Nevertheless, the performances and production design are flawless, making Ainadamar an unforgettable experience – one that successfully honours and continues Lorca’s legacy.