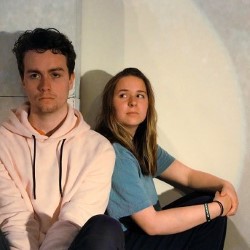 Lockdown two-hander that starts promisingly, but then devolves into one-sided cliches

Spirited performances from both leads

This two-hander drama about a couple during the first COVID lockdown begins promisingly, with scenes showing both of them preparing for and cancelling their Himalayan holiday and engaging in a gruelling lockdown exercise routine containing a tandem energy that raises expectations for the rest of the play. This is helped by the spirited performances from both leads, exhibiting an undeniable chemistry between each other that makes them convincing as a couple in love.

However, the second half, focusing on the couple’s crumbling relationship, is where things start to falter. The couple’s increasing fractiousness results in ‘talking head’ interrogations via a tannoy voiceover that promises to reveal more about them, but instead results in simplistic characterisations that feel cliched.

The portrayal of the couple’s problems also feels one-sided, with the man portrayed as the more antagonistic of the two, culminating in an awkward moment of audience interaction where an audience member is invited to place tape over his mouth in order to silence him.

The inciting incident that results in the split in the couple’s relationship is also predictable and is insufficiently explored in depth, which results in Box’d ending on an underwhelming note, with little new being said about the fragility of relationships in lockdown. The downturn in quality in the play’s second half is a shame, as the strength of the writing and performances in the first half create expectations for a unique commentary on the human effects of COVID lockdowns that are sadly unfulfilled.