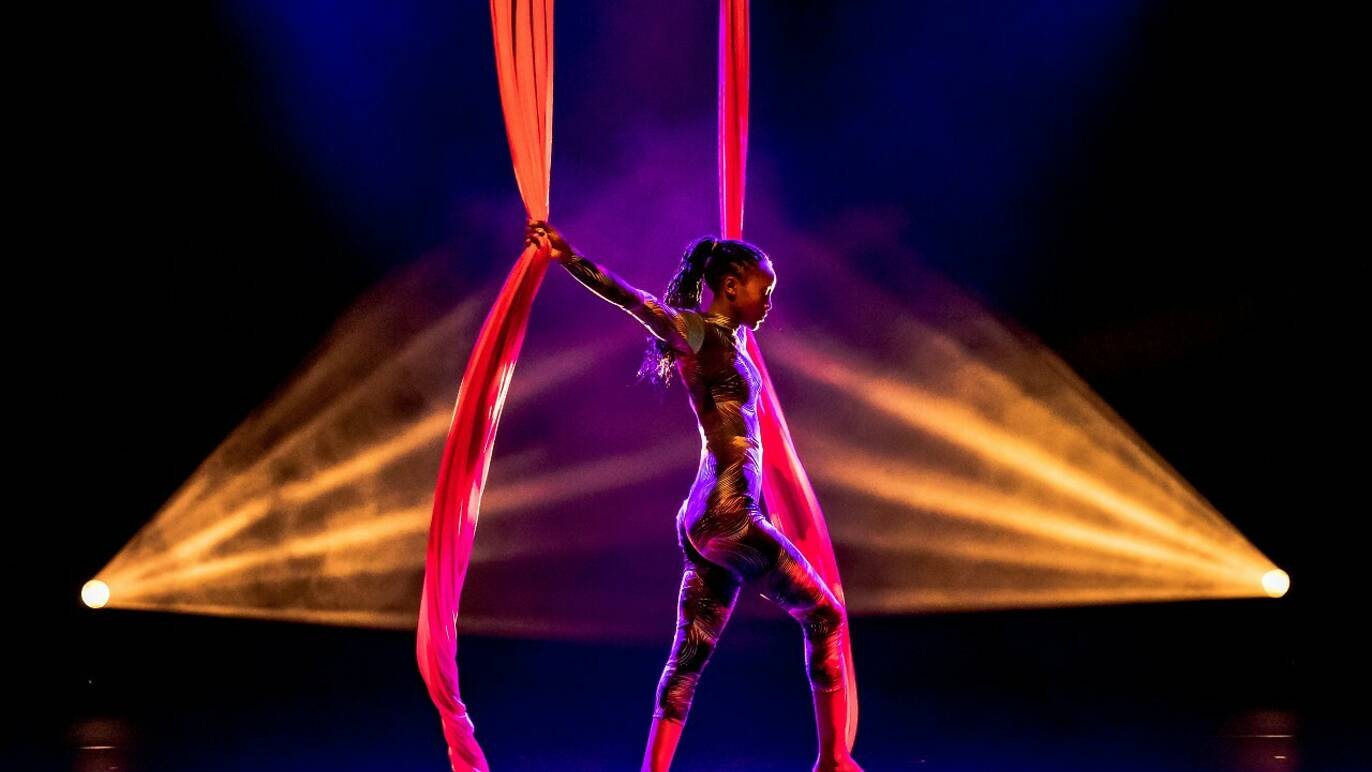 A majestic and breathtaking experience, Circus Abyssinia transforms the potential of circus and has a riot of a time doing so

Inspired by the achievements of Deratu Tulu, the first African black woman to win an Olympic Gold medal, Tulu is a different kind of circus. It’s one that features all the acrobatics and stuntwork you could hope for, but injected with a distinctive feeling of celebration and joy. Circus Abyssinia, hailing from Ethiopia, stun audiences not only with their extraordinary feats of physical ability, but with the fun and wonder they sense while soaring through the crowds.

Circus Abyssinia made their Fringe debut five years ago, and to mark their return to the Fringe they have unleashed a show of stunning beauty, power, and strength. Set to a pounding soundtrack of African rhythms, Tulu is a show that has made the rounds internationally and has now returned to the festival where it made its debut. The contortionists, stuntmen, and dancers work utter wonder, leaving the audience astounded at what they are capable of and – frankly – how good they look while doing it. Every back-bending move or somersault through fire has remarkable control, matched only by the furore of fun brought about by the charismatic performers.

Tulu is a show brimming with atmosphere, transitioning between acts with grace and using music to move the tone of the show from breathtaking to riotous. Some of the acts throw you back in your seat, such as an impeccable roller-skating duo or the stratospheric closing act. Others simply leave your jaw hanging open. Every performer brings amazing colour to the show, aided in no small part by some bright and lively costume design that at times gives the acrobats an otherworldly, futuristic feel. The future of circus is playing out before your eyes, a future that sees it re-employed in the services of identity, history, and celebration.

Seamlessly performed and a majestic sight to behold, Tulu is Circus Abyssinia tearing up preconceptions of circus and doing things their way. Pride and power flow through every moment of fire-jumping, back-breaking, roller-skating wonder. More than anything, Tulu is terrific fun and an experience you will be talking about for a very long time.