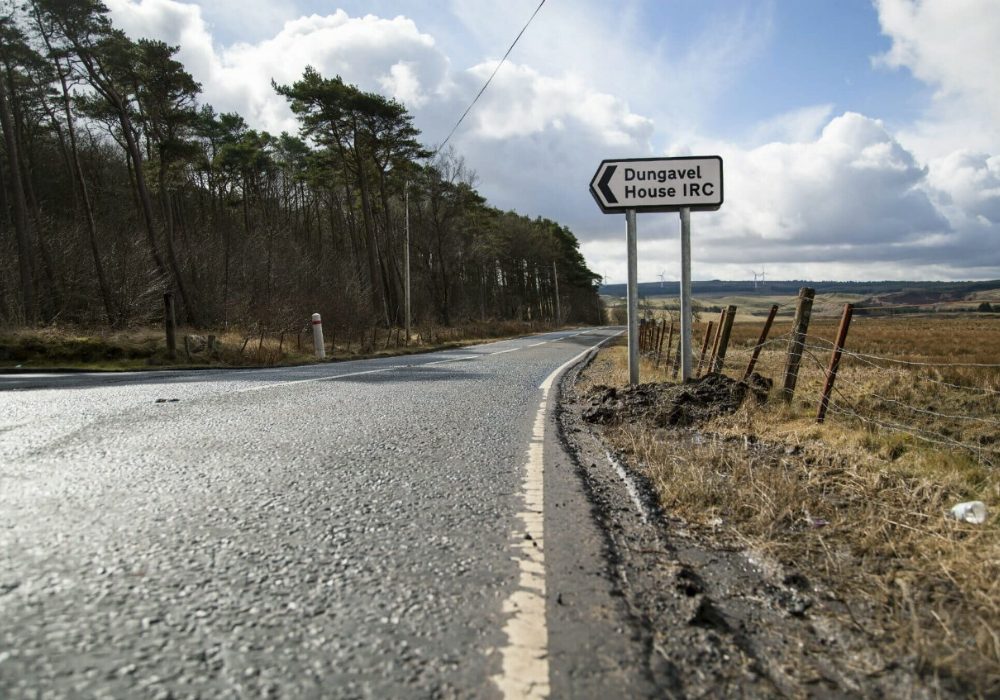 A powerful and harrowing examination

Based on the real experiences of asylum seekers and refugees within British detention centres, Detention Dialogues is, in many ways, the successor to ice&fire Actors for Human Rights’ 2017 piece Asylum Monologues. It’s a powerful and harrowing examination of an aspect of modern Britain society that many shy away from, either through ignorance or a similar lack of awareness, told excellently through verbatim theatre.

The verbatim nature of the performance means that the audience listen to subjects’ experiences in their own words, albeit told by performers Nalini Chetty, Bruce Fummey, Michelle Chantelle Hopewell, and Benjamin Osugo; as well as two BSL interpreters. Over the course of the evening, the audience hear a total of four testimonies split between two scripts, with the performers alternating the accounts they are reciting while also playing the parts of other voices within their partner’s script. They are all told excellently, and while there is some stumbling over words this is more than forgivable considering the subject matter and the fact that English is the second language of several of the subjects whose stories are being told.

The direct reading of the scripts add a credence to what is being said. It reminds the audience that this is not a performance per se; there is no emotional or expressive exaggeration. Instead, these are accounts of real individuals who spent at least some of their time in Dungavel detention centre in South Lanarkshire.

The simple staging contributes to this as well, just four chairs in sets of two – one pair for the performers and another for the interpreters. Likewise there is no music and the lighting is barely dimmed in the theatre while the scripts are being read. It all works to ground the performance and remind us of the reality of the situation at hand.

The evening’s recital is followed by a post-show discussion with ice&fire’s director Steven Ritchie, as well as Kate Alexander from Scottish Detainee Visitors and Pinar Asku from Glasgow’s Maryhill Integration Network. The discussion allows the audience to discuss and ask questions about what they have just witnessed, encouraging them to contextualise it within their own understanding. For many, it deepens their own beliefs, but for some it opens their eyes further to the cruelty endured by asylum seekers.

While these stories can be incredibly disheartening, the discussion also offers insight into the circumstances of the subjects, including their current status within the UK immigration system as well as some optimism by reminding us that change is possible. With work like Detention Dialogues spreading these messages and raising awareness, hopefully it is.