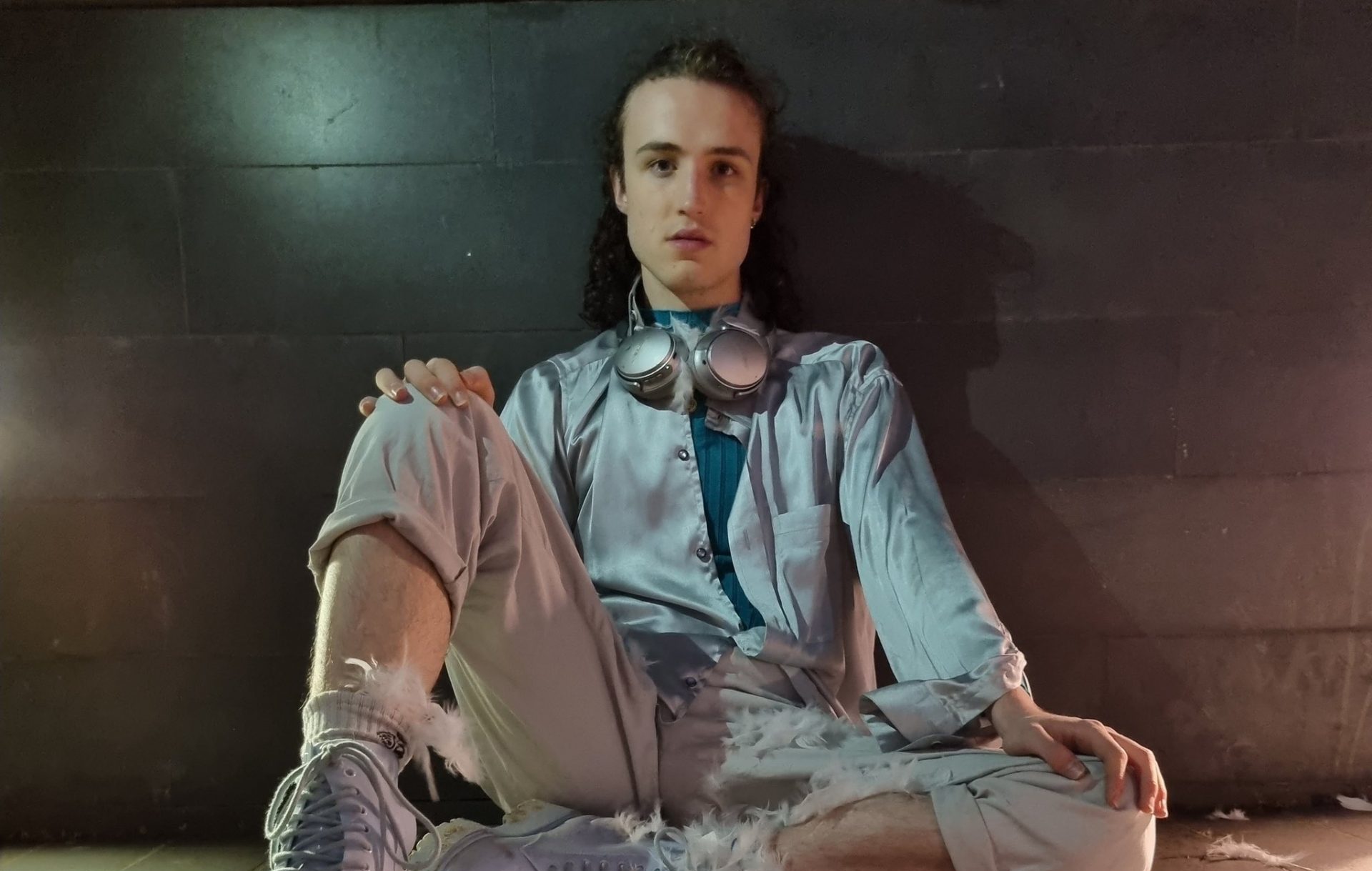 Don’t Shoot the Albatross is a one-person show that feels like much more than a one-person show… and is perfect as it is. Writer and performer Sam Woof plays a queer young adult, musing on dating and the search for meaningful connection while also transporting us into a world of clubbing, sex, and pop culture. As we follow the character wandering around empty streets, they tell us about men they’ve dated and difficult situations they’ve found themselves in. Meanwhile, something is happening to their body…

Unfolding in brief vignettes signalled by lighting alterations and Woof’s deft changes in physicality, the script is quick-paced with tight anecdotes and gentle metaphor scattered throughout. The performer displays extraordinary skill in reeling off the intricate lines at super-speed, never missing a word or a perfectly-timed punchline. The quirky pop culture references are well chosen and illicit laughs each time and the protagonist’s observations – sometimes naive, often wise – hit the right comedic notes, including comments on Tiktokers, sex with “the old”, and pop stars.

And pop music is important here. It serves as a representation of distraction, along with social media and podcasts. The character even listens to a French song having no idea what the words mean. And what are they being distracted from? Internalised homophobia, self-image worries, and other insecurities that have been suppressed and unspoken. As we reach the climax, secrets are revealed and everything we’ve heard until now takes on new meaning. We see the protagonist in a new light. The fragmented story segments suddenly look like shattered narrative pieces of something that was whole and is now destroyed.

Woof delivers a multi-layered, forceful performance that mixes dance with intense and vulnerable emotions. It transcends to something very fragile and honest and the audience is clearly moved, uniting for a standing ovation by the close. This an impactful and memorable story of queer identity, victimhood, and self-forgiveness, conducted via a David Attenborough-inspired extended metaphor. Sam Woof is a gifted writer and performer and it feels like we’ve witnessed something very special.