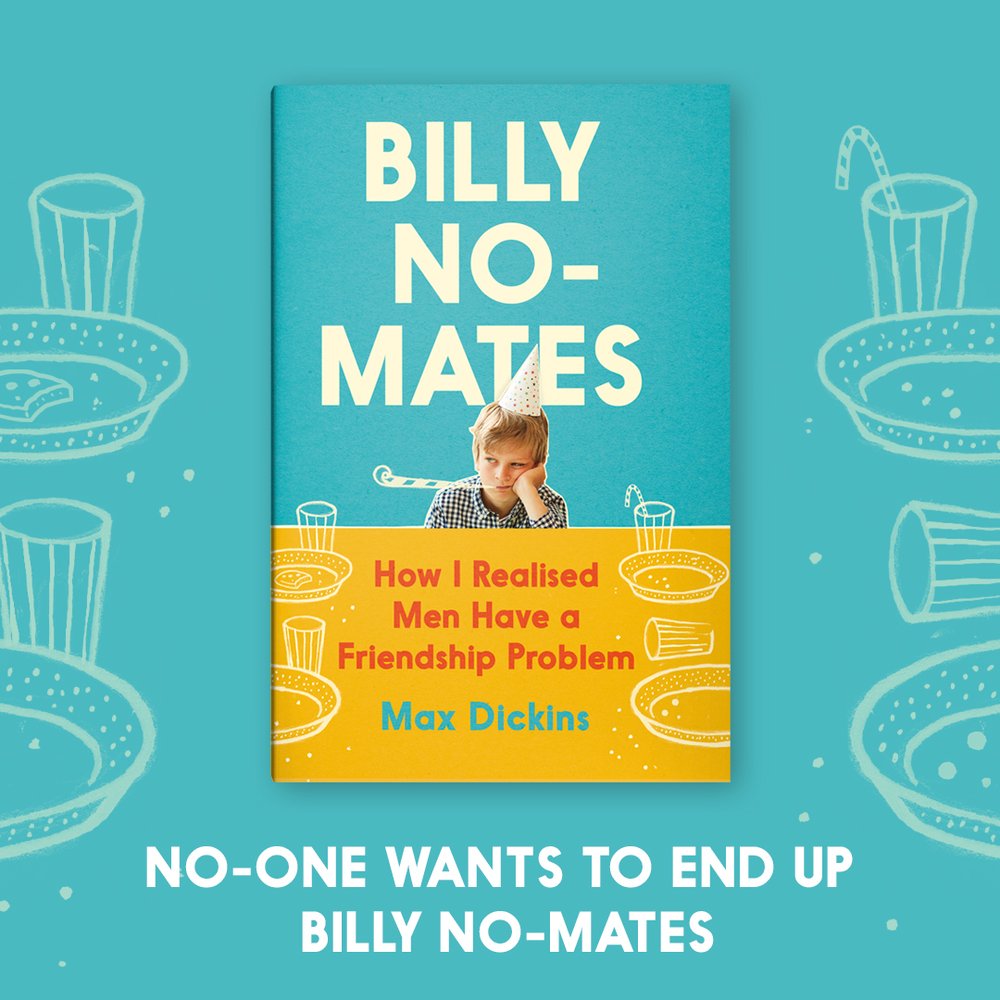 Max Dickins
Billy No-Mates: How I Realised Men Have a Friendship Problem

Funny and thorough exploration of male friendship and loneliness

As an accomplished comedian, actor, writer, and public speaker, Max Dickins might seem like an outgoing social butterfly, teeming with friends, and never short on company. However, as he reveals in the opening chapter of Billy No-Mates when it came to choosing a best man for his wedding, he found he had no close male friends he could easily call upon. Sure, he had colleagues, mates he’d drink with, family friends, and old pals from the stand-up circuit, but there was no one, he realised, he felt especially close to. It was this inciting moment that sparked his new book.

In part, Billy No-Mates has elements of memoir, but it is a thoroughly researched exploration of social history, anthropology and psychology, focusing on male friendship. Why do women seem to make friends more easily than men? Why do men find it difficult to talk about their feelings with other men? Why do men become lonelier the older they get? Each question is addressed in detail and, skilfully, with humour.

Dickins begins by looking at his relationship with his partner, Naomi, discovering what she notices about his behaviour and why he interacts with her and his female friends differently than he ever has done with men. From here, we delve into the idea of intimacy and why most men seem to have a problem with displaying such a thing with their male friends – it seems a deep-rooted sociological curse is at play with men subconsciously fearing being seen as effeminate or gay. We then move through various other facets of the broad topic: traditional social structures (women being at the helm of friendship and connectedness); men’s inclination towards hobby and task-based bonding; ‘banter’ culture; biology; and more recent digital innovations for combatting the rise in loneliness amongst men.

Dickins backs up his comments and assertions with research, footnotes, and a detailed appendix, making for compelling and convincing reading. the book is also littered with comical and poignant anecdotes from his own life and whilst examining the key concept, we also gain an insight into Dickins himself – his mindset, behaviours, and revelations.

While Billy No-Mates inevitably touches on the common notion of ‘toxic masculinity’, it doesn’t set out to criticise men or suggest that we are bad or broken. Instead, as therapist Fred Rabinowitz suggests to Dickins, typical male characteristics all have their place. The key is treating them as tools to be used at certain times but to also ‘expand who you are. Be your full self’ and embrace emotions, intimacy and honesty. Dickins concludes with his own epiphanies along these lines and delivers a moving account of his wedding and the solution to his best man problem.