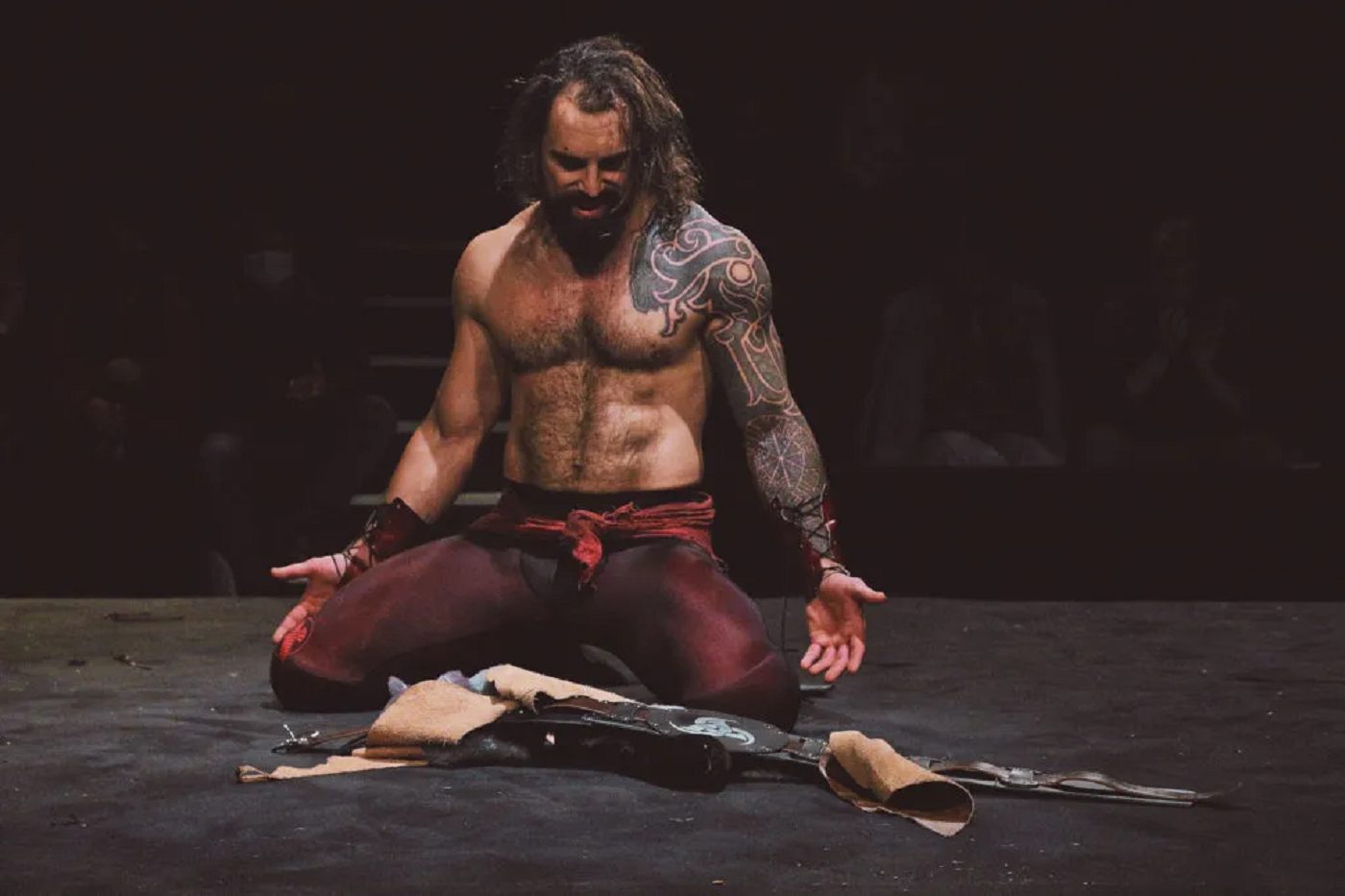 A phenomenal blend of theatrical storytelling and professional wrestling

a delightful evening of fun

Depicting something as epic as the tale of Odin and Loki on stage requires a certain level of grandeur. Doing so at the Fringe means that it also needs to connect with the audience and ensure they are suitably entertained. Luckily, The Mythological Theatre have certainly done both to great success with Mythos: Ragnarok by taking Norse legends and injecting them with a hefty dose of professional wrestling.

Representing the first and only theatre show performed entirely by professional wrestlers, Mythos: Ragnarok sees the actors take on the roles of Odin, Loki, Thor, Hel, and many more. We see the creation of the world, Odin defeating his father Borr (with a little help from Loki), the war between the Aesir and Vanir, and the eventual on-set of Ragnarok – all told excellently through dark comedy and intense physical theatre.

It’s impressive, albeit not unsurprising, how well the mythology lends itself to a professional wrestling atmosphere. Yes, there are chokeslams, suplexes, and super-kicks galore, but there’s also the right level of trash-talking and pageantry required to make the eventual clashes feel earned. Amidst all of this, though, there’s also some genuinely strong theatrical elements to be found as well. Suitable changes to costume speak magnitudes and while the lighting is nothing ground-breaking, the initial smoke and dim lights as the audience enter serve to depict the Ginnungagap while foreshadowing the devastation of Ragnarok.

The audience lap the whole thing up and have an absolute blast cheering and jeering throughout the performance. Special mention goes to both writer and director, Ed Gamester, and Richard Summers Calvert, who both, alongside giving strong performances as Odin and Loki, ensure that the audience’s energy never falters. They both have a natural charisma and connection with the crowd, ensuring that they are always able to add a witty remark or aside to recapture their attention.

The rest of the cast deserve equal praise too, defining their roles with ease and truly encapsulating their characters’ nuances. Charlie Spooner and Miles Ley are suitably imposing in their monstrous roles as Borr/Fenrir and Surtr/Jörmungandr; Rachel Seagroatt excellently balances the two sides of Hel; and Justin Sysum oozes wonderful himbo energy as Thor. These are all figures that the audience are familiar with, and they play them up brilliantly while also paying homage to some of the weirder or less well-known Norse tales.

Mythos: Ragnarok is simply phenomenal and a delightful evening of fun. The Mythological Theatre deservedly leaves a sold-out audience on their feet with applause, and they are all eager to take photos with the cast afterwards. This brings us to a simple fact: Professional wrestling is theatre. It’s often looked down upon – especially by those in the theatre community – but after watching this, it’s impossible to deny that this medium deserves the same respect as any other physical theatre. And that’s the bottom line.