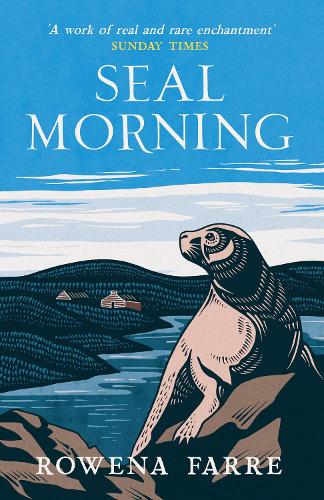 Relationships with nature and the living world

Rowena Farre is ten years old when she is sent to live with her aunt on a croft in Sutherland, deep in the Scottish Highlands. The croft is lonely, miles from the nearest village, with no means of entertainment other than the surrounding nature. Against the harsh and unforgiving landscape, the young Farre finds an appreciation for the softer things in life. She quickly befriends a seal and a whole host of other animals. Through her relationship with Lora, the seal, that she gains an incredible understanding of the natural world.

A big part of Farre’s story involves Lora and her hilarious antics. Being intelligent creatures, seals have some very human tendencies and ways of expressing them. Lora’s anger, frustration, and musical skills all form part of the rich tapestry of natural life that inhabits the croft. Not only the seal, but we also have a varied cast of squirrels, sheep, dogs and other animals who make an appearance. Not all aspects of life are fun, the relentless battle to afford things is a particular lowlight of crofting life. Although her aunt has some savings and paints to make extra cash, they never have much to live on. Saving food in the summer months is crucial and every day is a step forward to survive on limited means. Winters are cold and dark in the croft with no running water or electricity, and Farre doesn’t mince her words on the misery of some of those days.

Originally published in 1957, Seal Morning is now considered an autobiographical novel rather than a strict autobiography. Farre was a recluse all her life, ad her secretive nature did not reveal much about her experiences to those who knew her well. Over time, the veracity of the events in the book has been questioned. However, as Maurice Fleming writes in the afterword, this takes little away from the remarkable account of experiences, of man’s coexistence with the land, the sea and the other species that inhabit both.