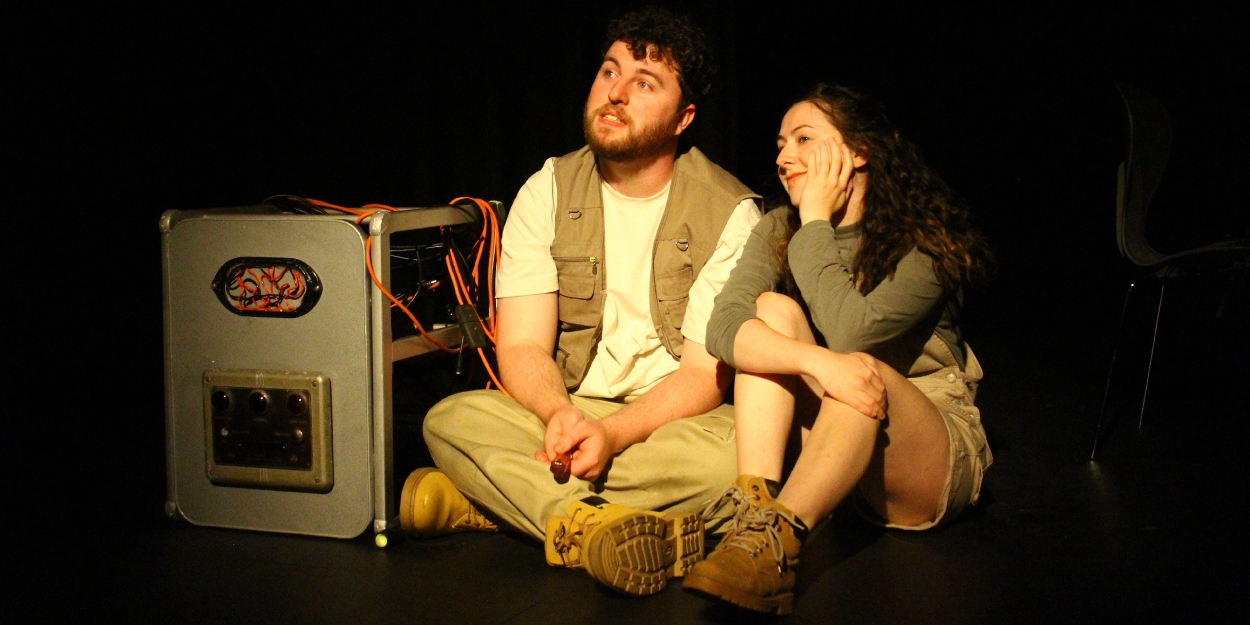 Stop the World, We're Getting Off

Interesting post-apocalyptic drama is not without its problems

a more realistic, climate-focused approach to the end of the world

The apocalypse didn’t arrive with a nuclear bomb, but rather with the slow and agonising asphyxiation by toxic air. The last five remaining survivors of this climate catastrophe are holed up in a purpose made bunker in the crumbling remains of the Clapham South tube station. It’s been twenty years and tensions are high with secrets and resentment that has been building up. Now, a new crisis, one of the survivors is pregnant, but there is only enough air to support five…

The final destruction of the world’s climate is projected onto a screen with a series of newscasts and the announcement of the building of the bunker. It’s a neat device that allows for a lot of exposition, though some of the segments do feel somewhat amateurish. The lights go up and a Christmas tree is being decorated, before the five settle down for a fractious, family festive dinner. It takes a few minutes to work out who everyone is. This is hampered by the fact that while the cast is young, several of the characters are much older including the politician Roarke and the scientist, Alden, who is in his sixties at the very least, but aside from an occasionally quavering voice, his older age is never properly presented.

The two youngest people in the bunker, Ava and Cayden, begin a romance and happily announce to everyone that they are pregnant. Instead of this being celebrated as a joyful event, it leads to the young couple finding out that the bunker’s air supply can only support five people. For the baby to live, someone else will need to die. Determined to find another way, the couple, along with Alden and ex-socialite, Kimmy, work on finding a solution to the crisis. Cue the montage with the passage of time neatly marked by the advancement of Ava’s pregnancy.

It’s only near the end of Ava’s pregnancy that all the secrets come spilling out about Ava’s own birth and the death of her mother. It’s too convenient that all of the tensions, secrets and resentment come out at this time. Years stuck in close proximity would have led to the breakdown of this unconventional family, especially since murder was suspected, long before this point. And there are so many unanswered questions: what is their food source; what is the long term goal; are they the only ones left on the whole planet? It’s all rapidly building to a conclusion that is too neat and tidy to feel satisfying.

Apocalypses are becoming all too regular in entertainment today, and it’s a pleasure to see a more realistic, climate-focused approach to the end of the world. However, there are too many coincidences building up to the finale and dealing with some of the issues earlier in the play would have stopped the ending from feeling so trite.